In reality Die Hard 5 sucks balls, Its awful runny dog shit, It doesn’t make any god damn sense and it has nothing to do with the other Die Hard movies except that Bruce Willis is in it and his name happens to be John McClane.

Sure its fine to watch it if you’re sitting around getting drunk with your pals and it comes on tv, you can own 10 DVD copies of it if you want, you can get a tattoo on your back of all the characters from the movie banging each other in some sort of grotesque Die Harder orgy, you can even have Die Hard 5 reenactments in the parking lot of Buffalo Wild Wings every Wednesday night until the end of time but don’t you try to convince me that its equally as good of a flick as the other Die Hard films and it needs to be included in the Die Hard box set. 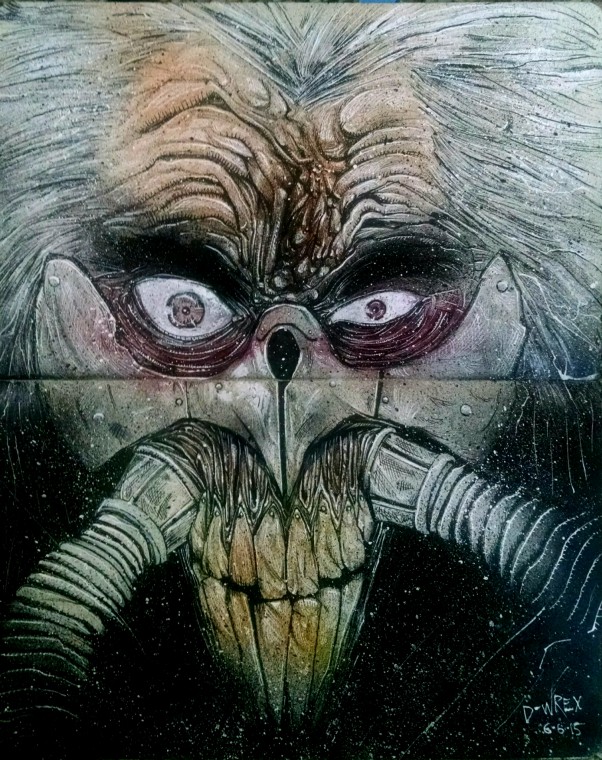 Immortan Joe illustration I did .

I got hit up to do some work for  Dark Modular Cases , Was asked to keep it creepy and ghoulish. Im good at creepy, it’s usually a bad thing but in this case it worked out to my advantage.